MANILA – With 112,593 COVID-19 cases as of 4:00 P.M. today, Metro Manila has slowed down a bit as checkpoints have been established to check on private vehicles plying the National Capital Region’s thoroughfares.

With 11 deaths reported today, the number of fatalities reached 2,115.

Immediately after the government announced the enforcement of MECQ in Metro Manila and nearby provinces, thousands of people flocked to banks, remittance centers, foreign exchange dealers, drugstores and supermarkets hoping to buy their basic needs.

At the sprawling Landmark Supermarket at the Ayala-owned Trinoma Mall, hundreds queued hoping to buy prime commodities to last until August 18. Long queues were observed at ATM machines as well.

But behind the rush in supermarkets and groceries are grim-faced shop keepers at the second floor the same posh mall.

For 45-year-old Lucy, (not her real name), the declared modified enhanced community quarantine would mean no income for the coming two weeks.

“While I hope to report for work, there’ll be no public transport. I stay in Sta. Maria, Bulacan and I cannot walk the distance,” she said.

“While I can walk to Trinoma, I am not sure whether people would still shop,” he said. He added he may have no option but stay home.

Food-servers at popular restaurants said they are worried because their customers will only be limited to take-out orders. Dine in arrangements have been barred under MECQ.

With take-out orders, minimal tips would come their way. And with lesser revenues, chances are restaurant operators may opt to close.

A popular restaurant along Quezon Avenue ceased to operate because the landlord refused to reduce rentals. Still another restaurant with 37 years in operation marked their last day last July 31 despite pleas from workers who were reported to have suggested a 50% cut in their wages. Still the owner said he has no other option but to close.

Still, a popular buffet restaurant along Epifanio delos Santos Avenue ceased to operate as its premises have been fenced signaling its closure for good.

At midday today, at Barangay IVC in Marikina City, local residents still walked the streets as if there’s no stricter quarantine measures from the national government.

However, the food servers at Beng’s Eatery noticed a drop in their sales because most people have opted to cook their meals.

The sell widely-popular dishes as pork sisig, adobo, pinapaitan and the spicy Bicol express for P40.00 a saucer.

A couple of kilometers away is the Light Rail Transit II Depot where I spoke with Atty. Hernando Cabrera who handles Corporate Affairs.

He said prior to the COVID-19 pandemic, they attended to the transportation requirements of some 130,000 passengers a day.

“With the minimum health requirements ordered by health authorities, we have opted to observe social distancing and as of June 1, when we resumed operations, we served 33,000 a day until yesterday,” he said.

The mandated health measures significantly affected their revenues prompting them to propose to Congress for additional funding to keep the trains operating again by August 19.

Atty. Cabrera said they will take the opportunity to do maintenance work while their trains stopped operations beginning this morning. Forward-looking, he said they will utilize technology to avoid exposure to COVID-19 buy having “cash-less” fares using popular mobile phone applications.

“We are checking on their identities whether they are allowed to travel under the Modified Enhanced Community Quarantine,” Nebrija said in an interview. It was surprising private vehicles have flocked the streets just like ordinary days.

However, Nebrija said those unauthorized to travel under existing government regulations would be fined. He added with constant joint checkpoint operations by the Philippine National Police and MMDA would reduce the number of travelers.

For Lucy and George, it is imperative for government to reach out to them through the Social Amelioration program. However, both said they have not received any since March.

A tricycle driver in a Quezon City barangay said while he received P2,000 during the lockdown last April, he has not received the reported second part of the government’s SAP.

The national government’s decision to declare a modified enhanced community quarantine is in order. It would grant government leaders and medical experts the chance to recalibrate their strategies and find better alternatives to curb the rising number of COVID-19 pandemic.

However, it would do the people well to learn how the national government disbursed the funds related to COVID-19 pandemic programs as President Rodrigo Duterte pointed out time and again there’s no more money to spend for amelioration initiatives unless Congress would pass Bayanihan II among other measures. (Melo M. Acuña) 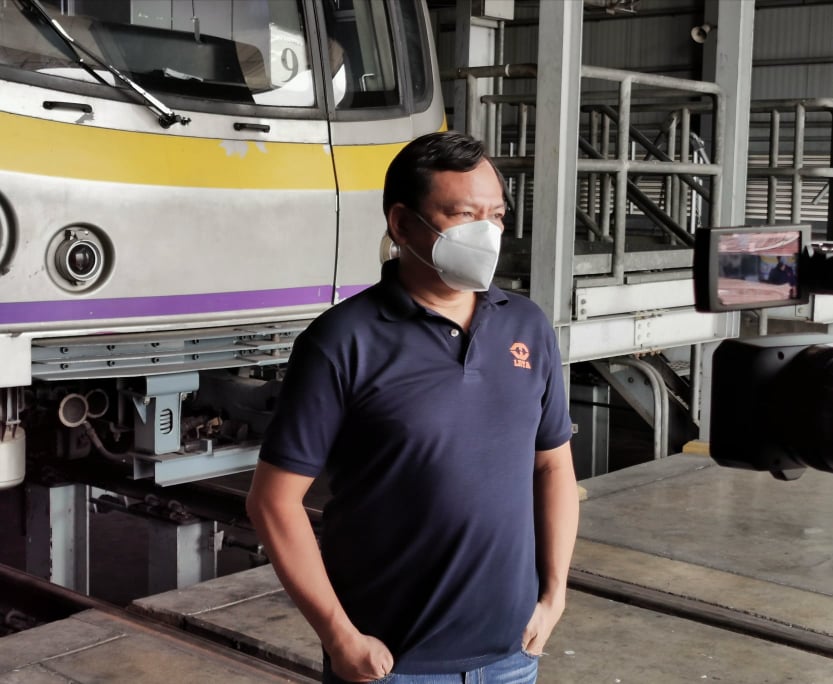 (Photo No. 1) Thousands of Metro Manila residents trooped to supermarkets, banks, remittance centers and drugstores as the national government declared MECQ until August 18. (Photo No. 2) High-end gadget store attendants say their no work-no pay arrangement will add to their problems for the next two weeks. (Photo No. 3) LRTA Spokesperson Atty. Hernando Cabrera said they will ask Congress for funds to keep the trains running because the social distancing and other health measures reduced their passengers from 130,000/day to 33,000/day from June 1 until August 3. (Photo No. 4) MMDA and PNP authorities check on motorists documents. They also issue traffic violation tickets to unauthorized travelers. (Photo No. 5) MMDA Traffic Chief Edison Nebrija said more checkpoints will be placed within the NCR to discourage unauthorized travelers from plying the streets. (Photo No. 6) Home-cooked food outlets in various neighborhoods reported a drop in sales because most people opted to stay home and cook their own meals. Most fear of getting the virus, food servers surmised. (Photos by Melo M. Acuna)